I’m very sorry to have to tell you that our allotments suffered a break-in this week, with the perimeter fence broken in a couple of places, the main gate damaged, and thefts carried out at several sheds. Such an awful thing to happen. Our own shed was broken into, but nothing taken as we don’t have anything worth stealing. 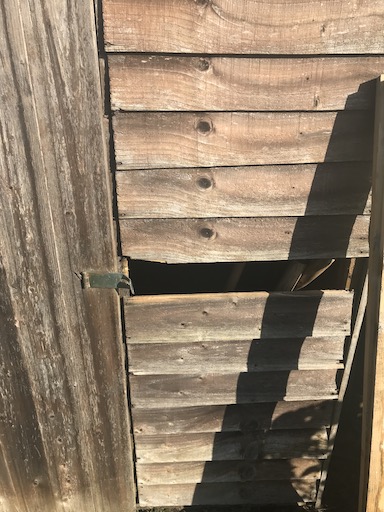 K mended the shed today – amazingly our now curved padlock still works as it’s actually much tougher than the shed itself!

In happier news, we still have an alstroemeria in bloom:

However, most of the rest of the flowers are now over, so I spent some time cutting back and composting while K was mending the shed. I did feel a lot better after the tidy up as it feels I’ve done something positive to prepare for next season after the communal break-in.

On similar lines, K has dug out the potato bed, rescuing the last of the potatoes – and it’s now ready for us to plant daffodils next time we’re there, hurrah!

I’m also happy to say that our chrysanthemums are on the way though not quite there yet:

Meanwhile we know it’s a very rainy autumn due to the sheer amount of mushrooms everywhere! 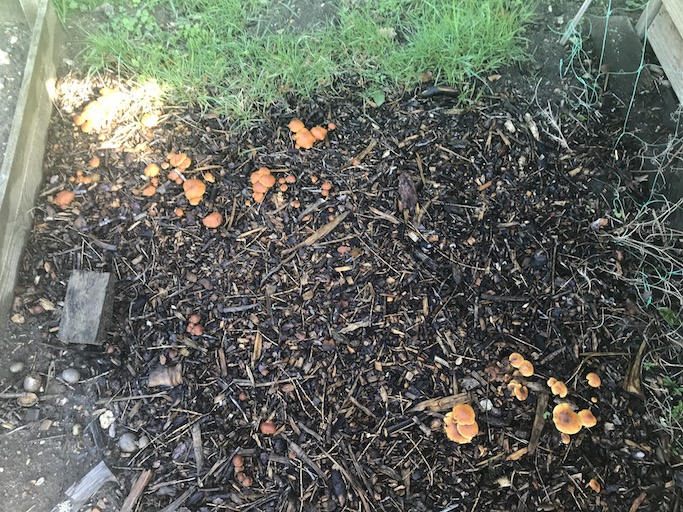 Our cabbages are doing well: 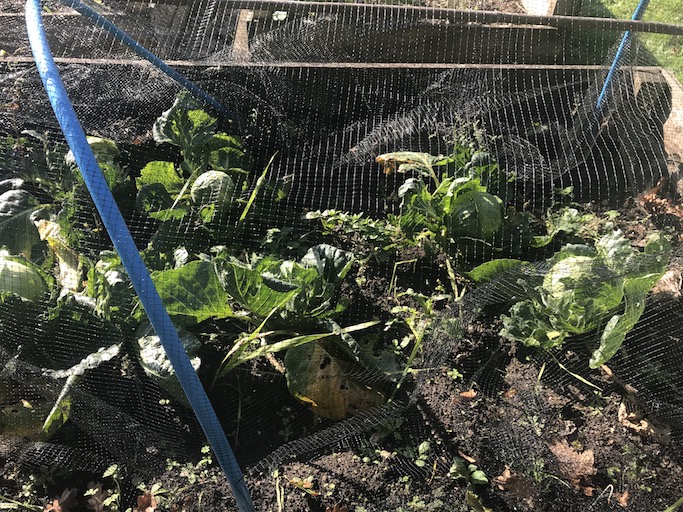 And we’ve rediscovered the leeks which have been lurking under the runner beans for ages, quietly waiting to see the sun again …

Sadly though, our Brussels sprouts are experiencing their second year of failure (sob!) – maybe next time we should plant them out in May rather than waiting for them to get bigger at home … Oh well.

Here is the week’s harvest, which includes alstroemeria, a few pelargoniums, a handful of autumn raspberries (though I ditched them at home due to the amount of insects in them, yuk!) one cabbage, the potatoes, beetroot and a couple of stray runner beans: 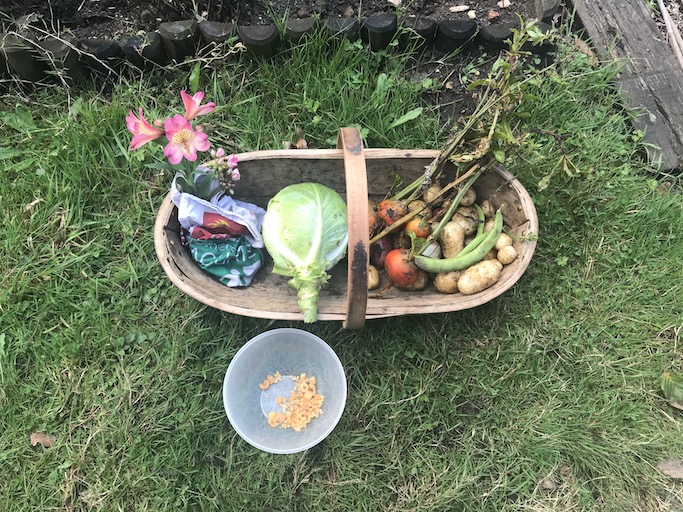 Here is the vase at home: 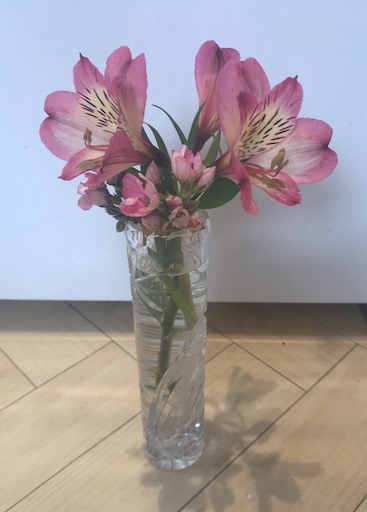