We have sadly had to cancel our annual Allotment Show due to Covid, but the lovely Committee decided to give out some funny awards to the plots just to keep us entertained, and here is ours!!

Honestly I’m so proud, LOL!!! I at least am now wearing my medal all the time!

Anyway, not much time for the allotment over these last couple of weeks as I’ve been super-busy with my new part-time Body Shop role, but K has kept everything going and here is this week’s harvest, which includes gladioli, a sunflower (which was damaged by the gales we’ve had …), beetroot, potatoes, runner beans and French beans: 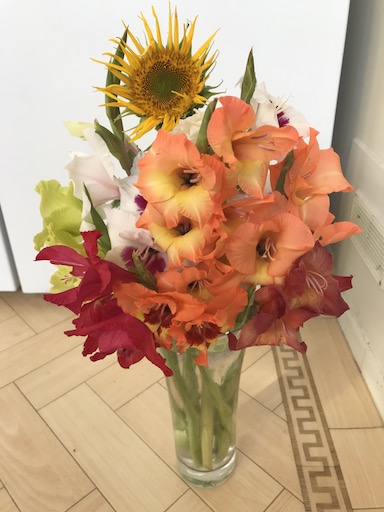 Have a lovely Sunday, everyone!

Just back from 10 days’ holiday this week so we had a lot of catching up to do at the allotment, which was basically weed city! Here are some pics of what’s going on.

The alstroemeria are coming back:

And the gladioli are rallying after the winds and rain the UK has had (not that we noticed as we were sailing up the Danube and ambling round Budapest in a mega heatwave, LOL!!). 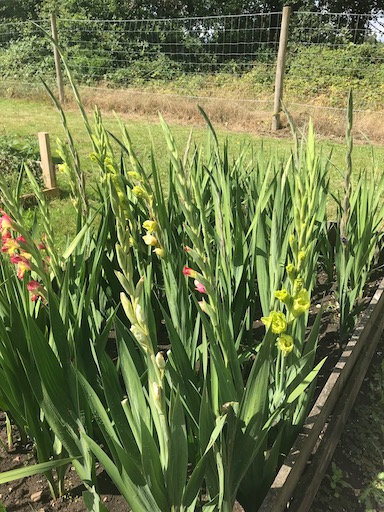 Our cabbages are now starting to look like actual cabbages though something is getting in the netting and chewing them, wicked creatures! 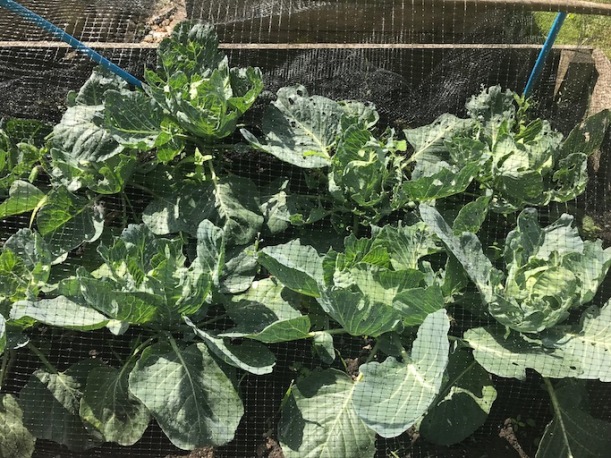 The lettuces have also done well in our absence:

But what is this stray sweetcorn plant doing in the gladioli bed??!! We never planted it there! I blame the squirrels …

A couple of harvest shots this week: 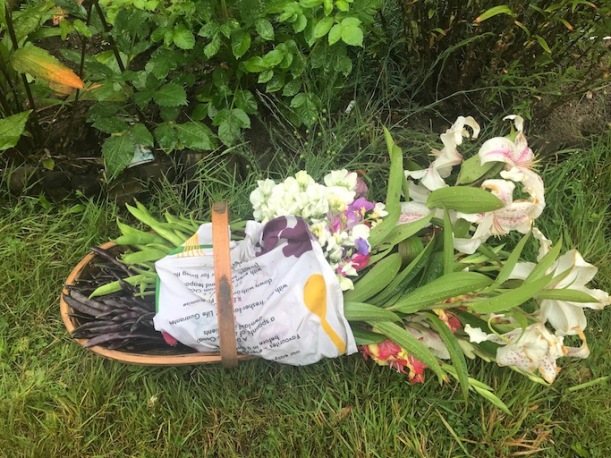 As you can see in the picture above, both the red and yellow autumn raspberries are starting to fruit now, so this is our first (mini!) harvest.

The BIG news of the week however is our Allotment Show. We weren’t sure we were going to have much for it as we’d only returned to the UK a couple of days before, but here are pics of what we entered into the show: 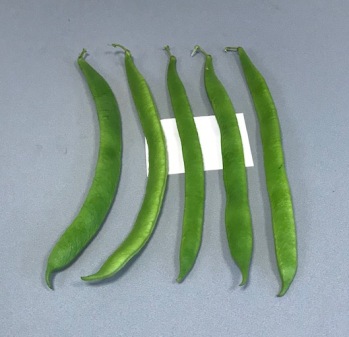 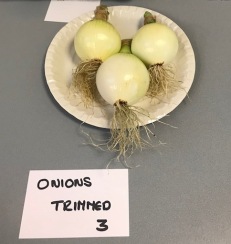 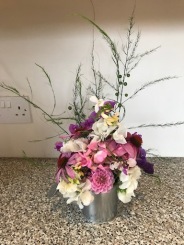 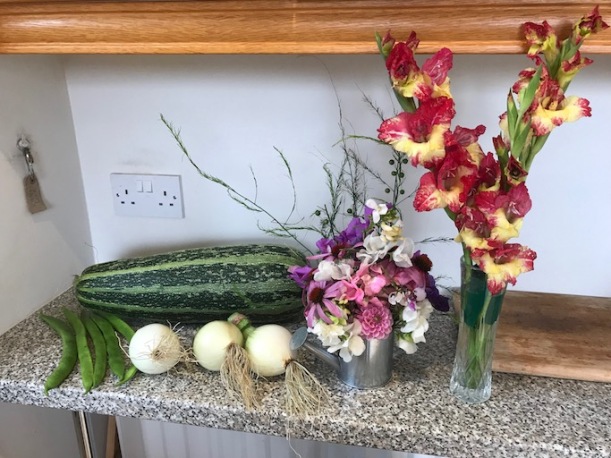 Above are our entries for the 5 beans class, the largest marrow (which ended up being the smallest, LOl!), 3 trimmed onions, 3 stems and the flower arrangement for A Day at the Allotment. I used a small watering can though it’s hard to see in the shots.

Here is a pic of all the flower arrangement entries (the one on the right deservedly won 1st prize and best in show!): 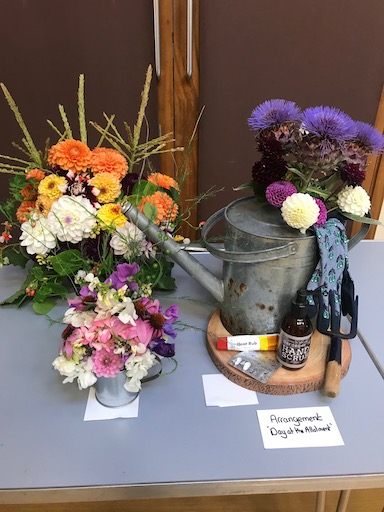 Here are the certificates we gained!

I have to admit, however, that there was only one entry in the 3 stems class and that was mine, LOL (for which I gained the 1st prize!) and there were only 3 entries in the flower arrangement class and I got 3rd for that! Still, awards of any kind are not to be sniffed at, LOL!!

And here is the amazing Helen who was best in show for her amazing flower arrangement!

Have a great Sunday!