Lots going on at the allotment today. Next week, we get our annual inspection so I’ve trimmed the edges to make it look a lot neater – lots of fun with a pair of shears and some very dirty trousers now!

Anyway, it’s daffodil city on the plot, which is just lovely – even the narcissi which we thought were over have rebloomed:

The little narcissi with the dark orange centres (the pic immediately above) smell absolutely amazing so we can’t wait to get more of those.

The tulips are also on their way now and some even have buds showing. I’m convinced everything is arriving a month early at the moment whereas last year it arrived a month late. All very strange … 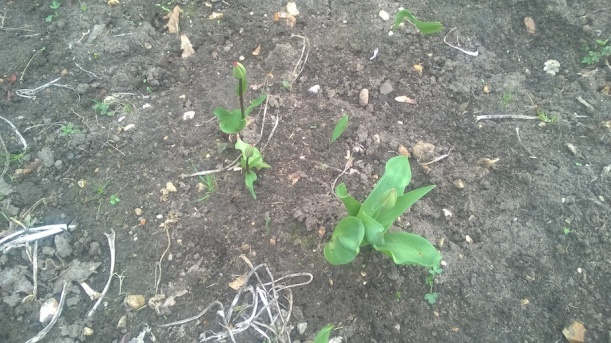 The tulips above are growing where they shouldn’t be growing so obviously we weren’t as good at removing all the bulbs as we thought we were! But the ones below are definitely in the right place:

The alliums and the aster are making a showing: 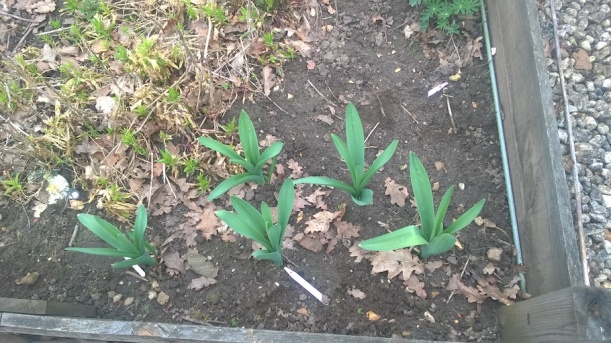 And we also have lilies and the lupin, hurrah: 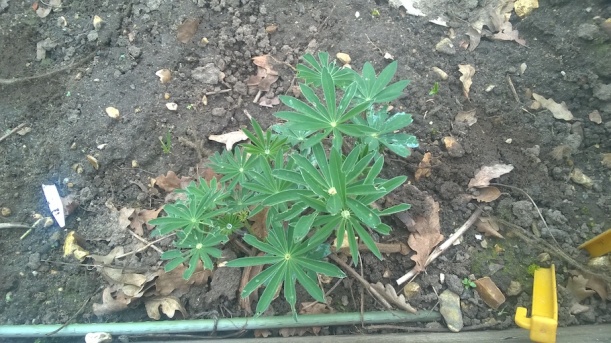 We need to sort out more flowers for summer as the last thing I want is a gap – perish the thought! We have some purple sunflowers at home which I think I’ll plant on the allotment, and of course I can plant more yellow sunflowers too. Plus we have the dianthus and the sweet williams still on the allotment, so hopefully they’ll put in an appearance at some point.

The rhubarb is on its way and there are now definitely shoots on the autumn raspberry bed: 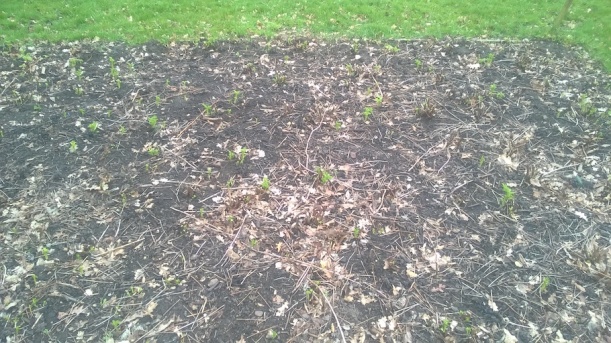 Today, K also planted a row of early peas, as Monty Don was doing this on Gardeners’ World so we thought we’d give it a go. Here’s hoping the mice don’t get them first!

And we discovered a frog! Isn’t he cute – we left him well alone and hope he finds a home under the shed rather than under the bags of compost where he was actually hiding … 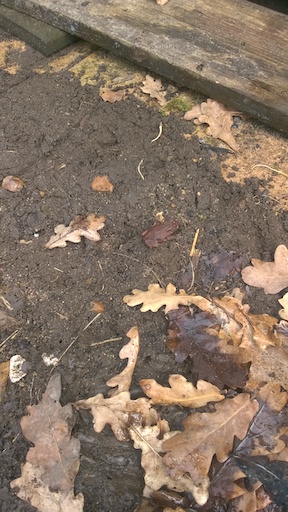 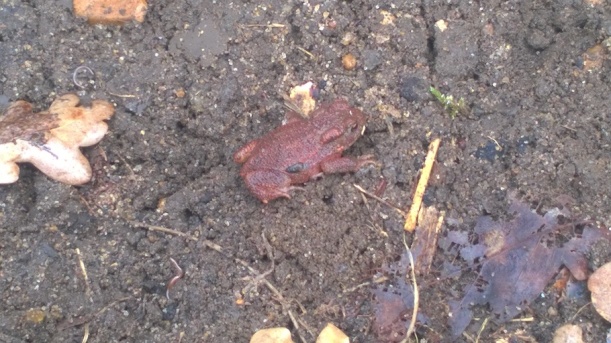 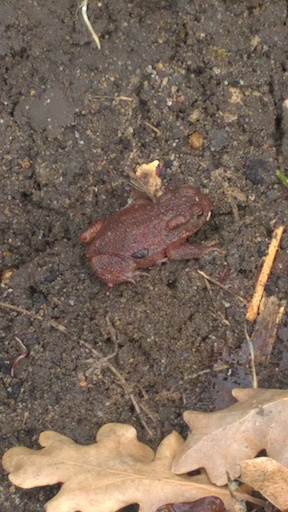 Just a harvest of those glorious daffodils today, though we’ve also bought home the rest of the peas to save them from the mice. 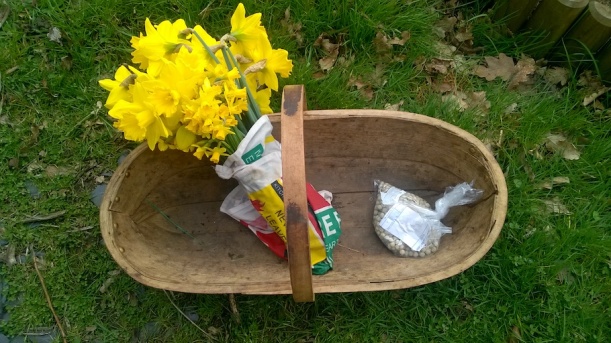 And here are the flowers at home:

Have a wonderful weekend everyone!

Goodness me but the asparagus has grown like a gazelle on speed this week. We’ve harvested a couple of the larger stalks and eaten them for starters tonight. One of them was utterly perfect, but the other was rather woody – so it looks as if we’ll have to harvest them more often to gain the benefit. We’ll have to stop harvesting by the end of May/beginning of June to allow them to set seed for next year though.

The spinach is also doing very well so I’ve picked some for eating during this week as well. But our crowning(!) glory is the rhubarb – we pulled out some of the stems today as you apparently have to pull them rather than cutting them, and I’m planning rhubarb crumble and custard tomorrow – bliss! Here are photos of the rhubarb and of our harvest today, together with one lone tulip: 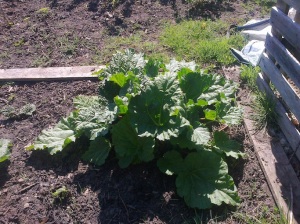 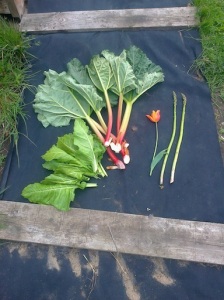 Speaking of tulips, they’ve been pretty good so I’ve picked more for the house. They last about a week, which is fine really. 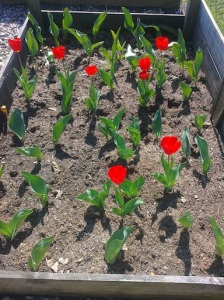 And the freesias are beginning to come up next to the lilies, which is very exciting.

I’ve sprayed the lilies to avoid the dreaded lily beetle – arrgghh!! – a subject I’m used to as we have loads of lilies at home. K also did a hoe round and we trimmed the paths around the plot, so it looks a lot neater. We’re preparing ourselves for the Allotment Inspection on 7 May as we certainly don’t want to let the side down on Election Day! Ooh, and I’ve also planted some sunflower seeds – Russian Giants – in the runner bean bed and in one of the other spare beds, so I hope they come up.