There’s a lot of post-frost (and wind!) damage at the allotment this week – but no more than we expect for this time of year. The dahlias are definitely over: 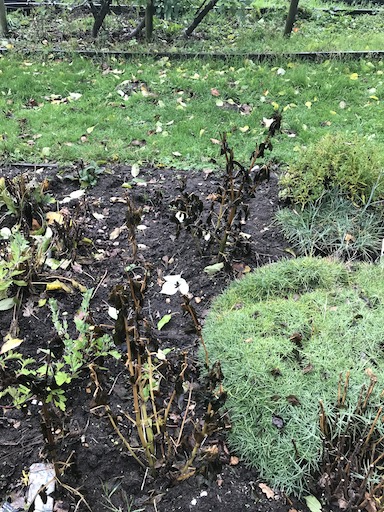 And the yacon (on the left of the below shot) is done, though it doesn’t affect the harvest – in fact when the leaves are dead like this, you know the harvest is ready! 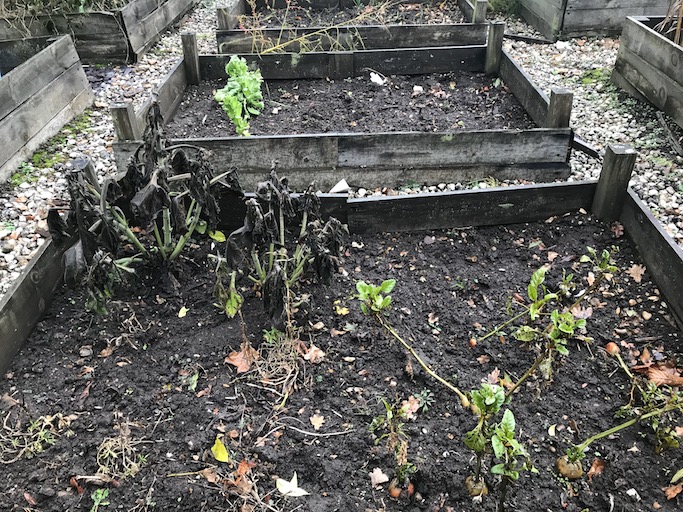 We have also taken down the runner beans which have been over for a couple of weeks at least: 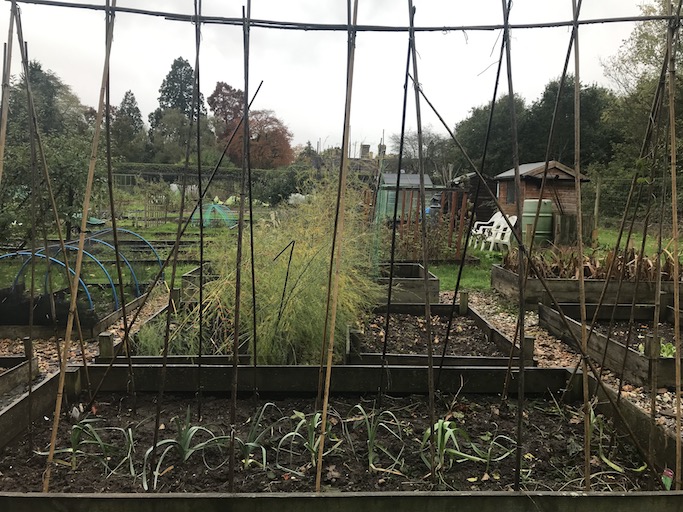 Which means that the leeks below them have a chance of grabbing some more sunshine – should there be any! 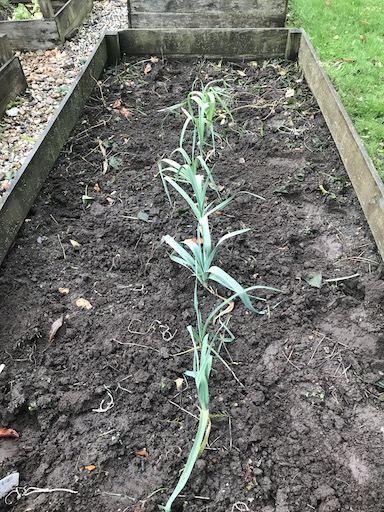 I also took a picture of the asparagus ‘trees’ as they look so pretty right now: 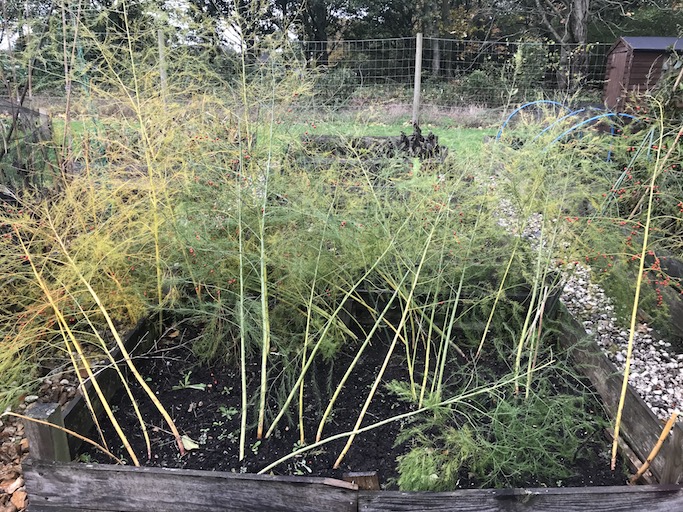 And there are still some cabbages to enjoy, hurrah! 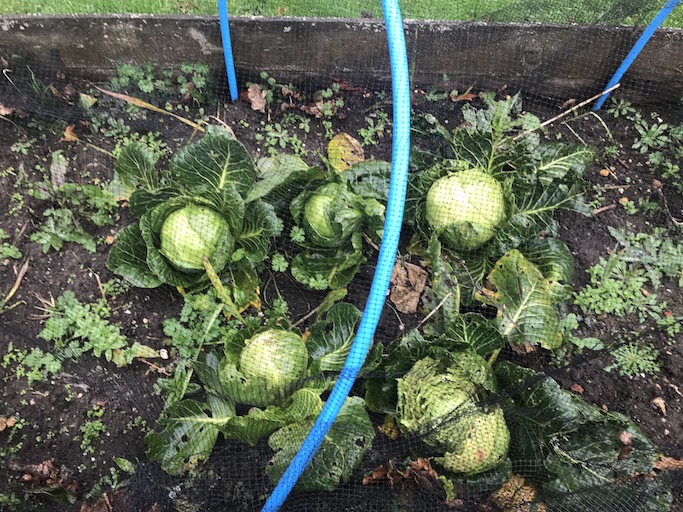 No flowers in this week’s harvest – just onions and beetroots, but we’re pretty pleased with that anyway. 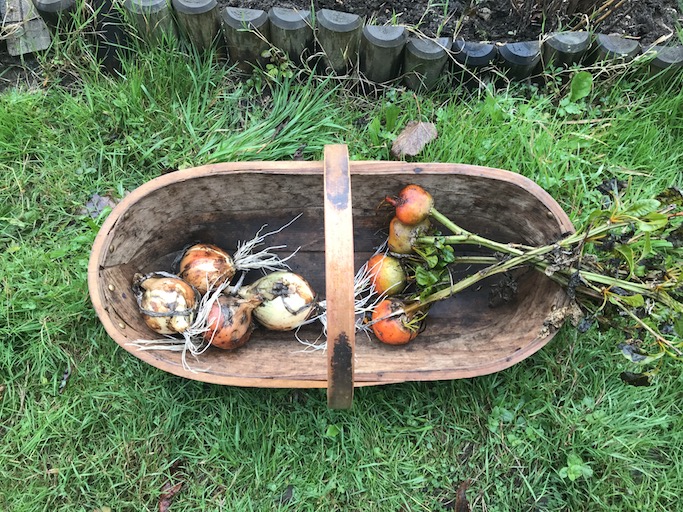 3 thoughts on “After the Frost”