Yet more sweetcorn has gone missing this week, sob:

But we are determined to fight back(!) so I planted some new ones and K netted the area. We hope that will be enough to deter the evil sweetcorn nibbler, but who can tell … 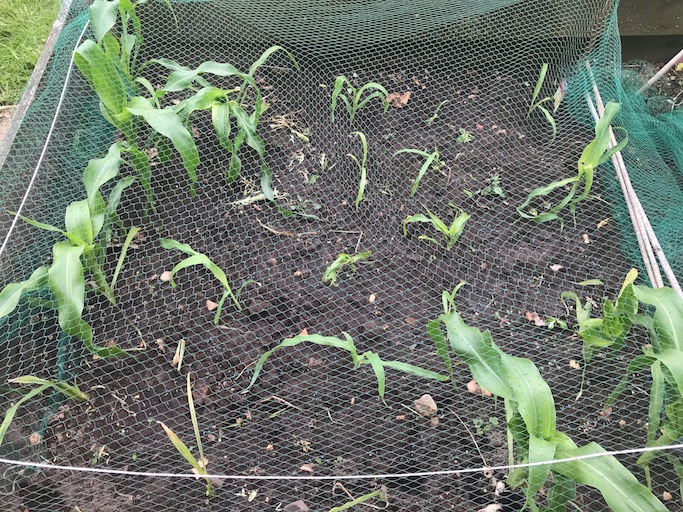 In other news the asparagus forest is on its way – as we’re leaving it to do its thing now as the season is basically over.

The lettuces are doing amazingly well and I also planted a couple of others just to lengthen the season – if they don’t get eaten!

Fresh from netting the sweetcorn, K has also today built a netting pod for the currants to protect them from the greedy birds (who have already taken the gooseberry crop in total, double sob!). As you can see it’s a home-made effort and we’ve secured it down with stones from the plot, bits of wood and also hooked nails made from old hangers from home. The ultimate recycling creation!

The lilies are doing very well: 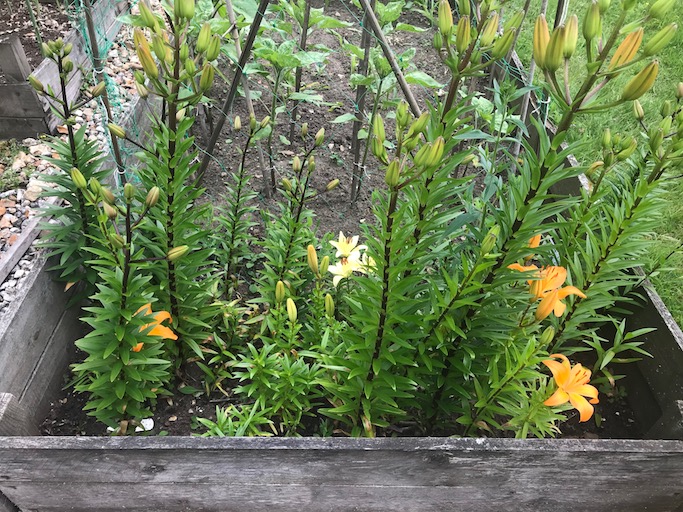 And the pelargoniums and cosmos are trying their best:

The sweet williams are struggling a bit – which is a total contrast from last year – but the beetroot behind them are doing well. I have pinched the tops off the beetroot as I thought they were getting a bit straggly, and we want the energy to go into the crop rather than the leaf. 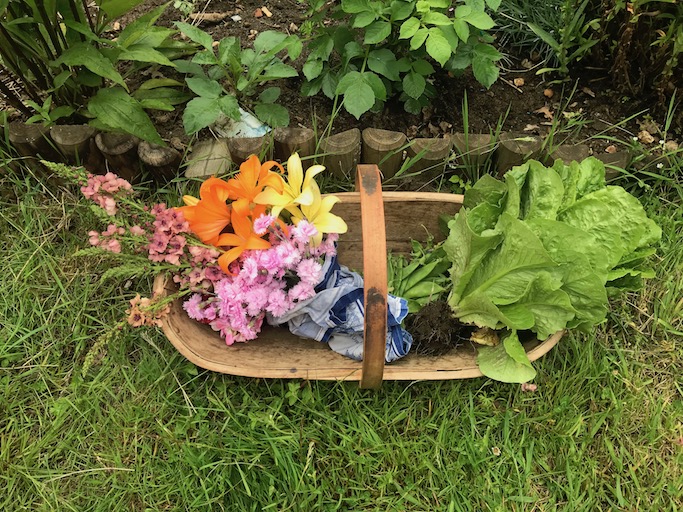 Here are the vases at home. 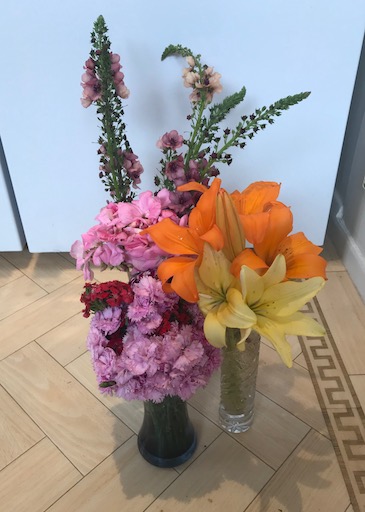 2 thoughts on “Fighting back on the sweetcorn front!”