Yes, it’s that time of year once more and we have planted some sunflowers. Here they are before and after we tied them to canes: 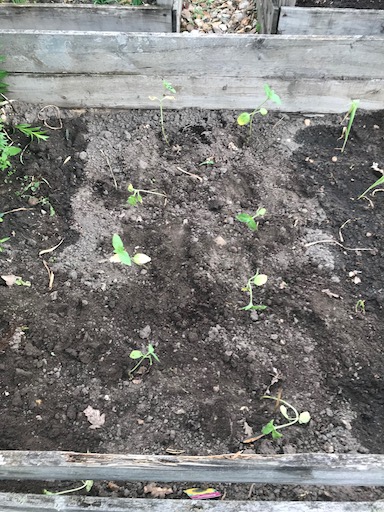 I also planted another 20 gladioli in 2 rows of ten. I really need some more for succession planting but I suspect I might be too late for this now! Anyway, here are some we planted earlier: 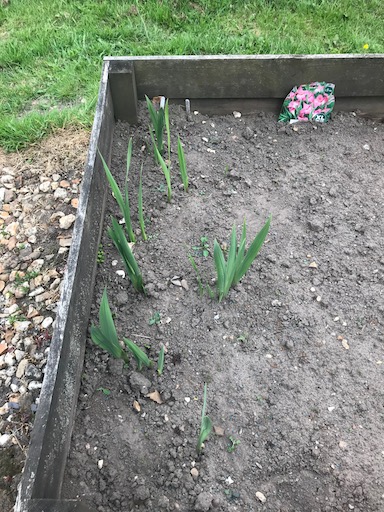 The lilies are also going for it so I gave them a good spray today so the dreaded lily-beetle can’t get in there: 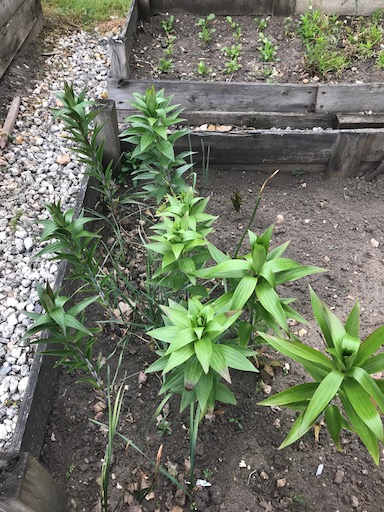 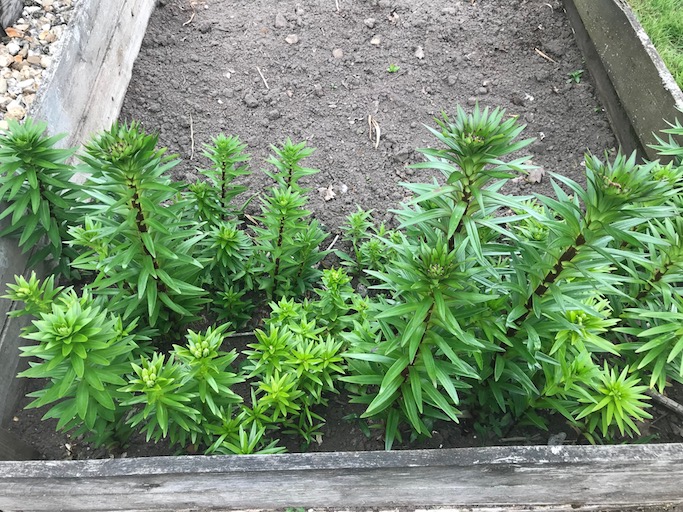 We also have a few verbascums on their way but I won’t be picking them till at least next week: 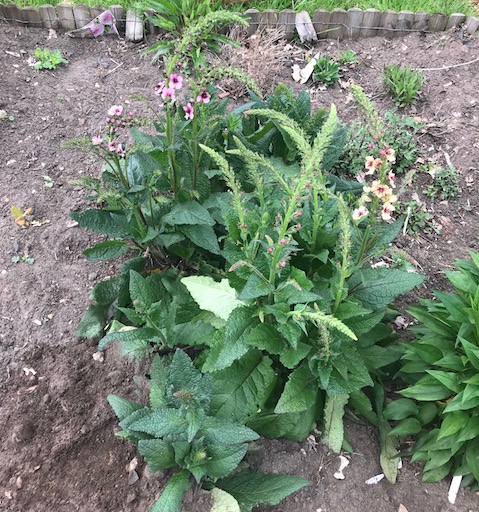 Meanwhile, a few alliums have come up unexpectedly next to the lettuce – so a nice surprise there. I’m planning to take them up and plant at home later. 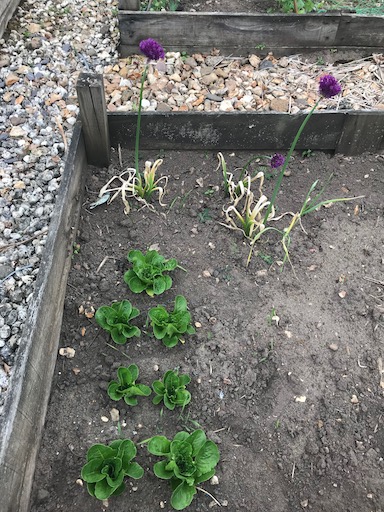 There are plenty of asparagus spears today so that’s Sunday lunch veg sorted. 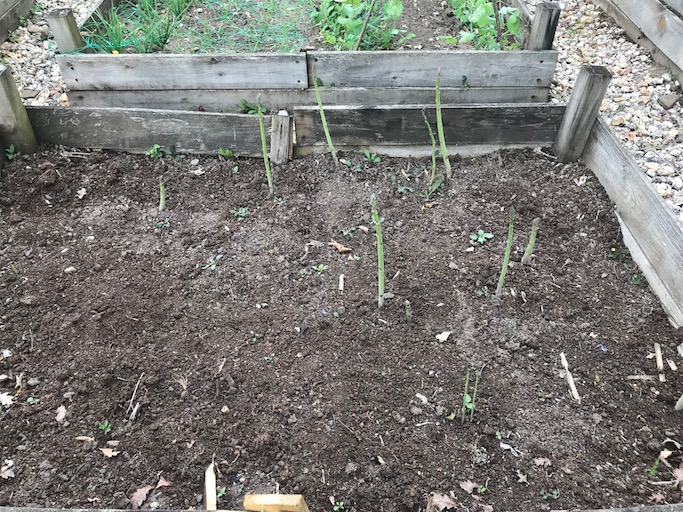 The young beetroot plants are coming along too, and I have put slug pellets down to keep them safe. 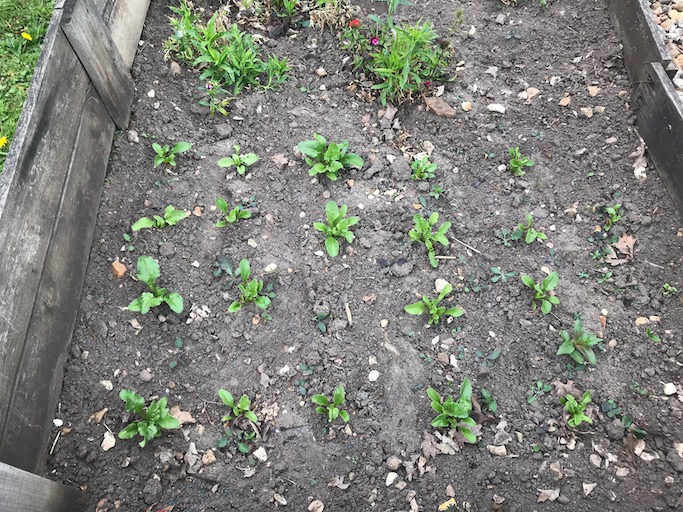 The mangetouts have started to climb which is brilliant news: 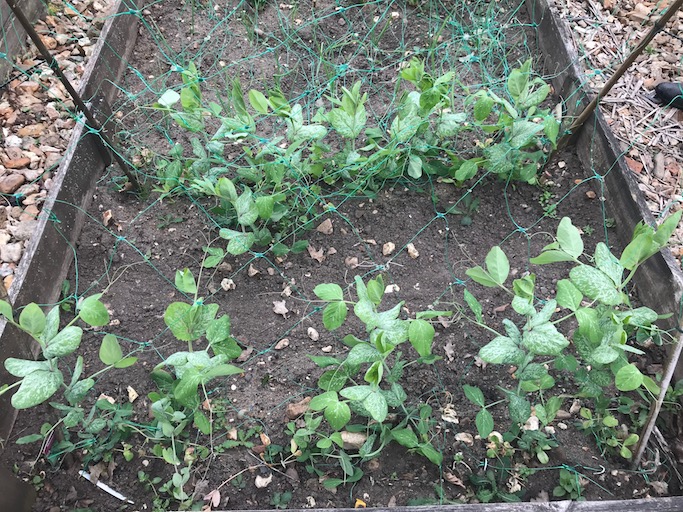 Not such great news with the sweet peas however – they’ve done nothing for a couple of weeks or so, sadly. So we have bought some more and hope to plant them elsewhere on the allotment to see if they do any better. It’s a shame really as for a couple of years the sweet peas did so well – I wonder if it’s because they don’t like the pine needle compost we’ve been using there … Something to ponder …

At least the potatoes look happy! 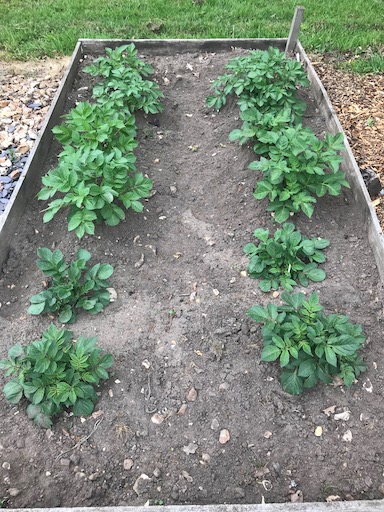 And here is the rhubarb which, again, isn’t doing brilliantly now but I still managed to get a few stalks for Sunday pudding. 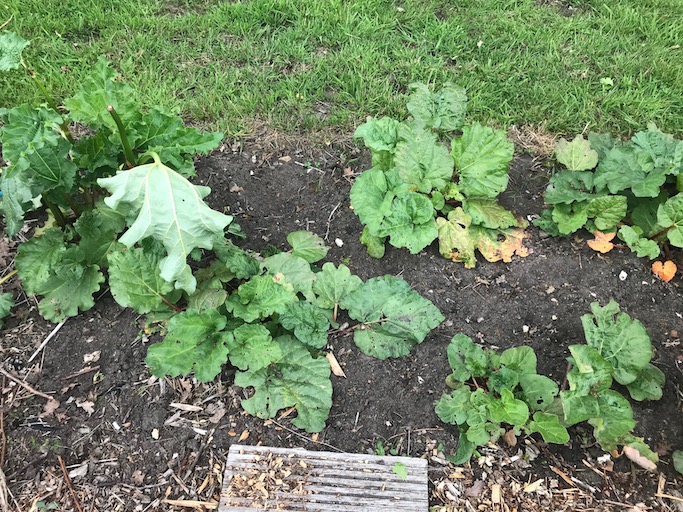 The spring onions and shallots are now putting on a growth spurt – but don’t ask me which is which in the photo as I’ve already forgotten what K told me! I think the shallots are the taller ones? But I could be wrong … 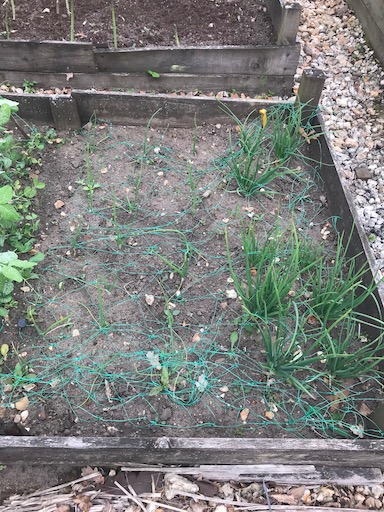 And the sweetcorn has survived one week already, hurrah! 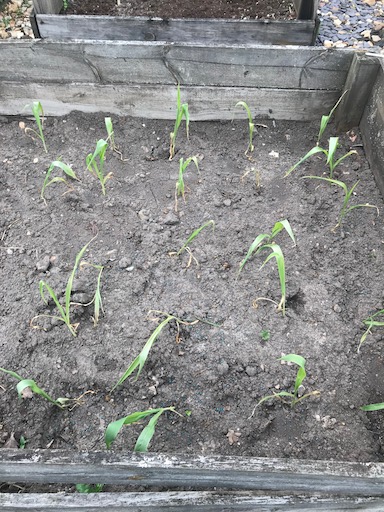 I thought I’d also add in a view of the allotment so you can see how things are getting along as a whole: 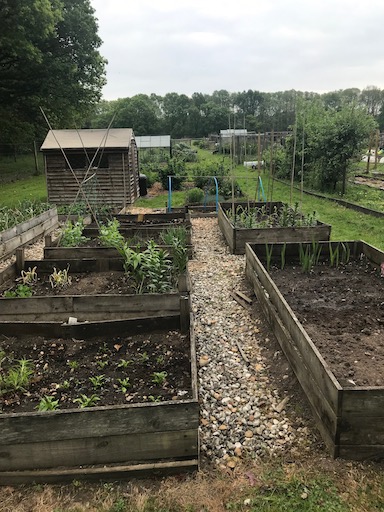 Here is the tiny harvest of alliums, asparagus and rhubarb: 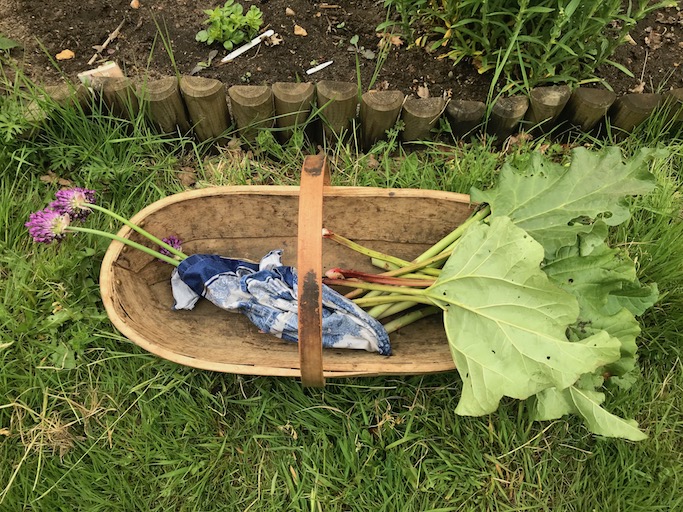 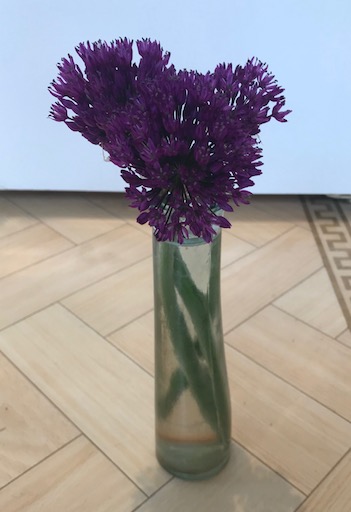 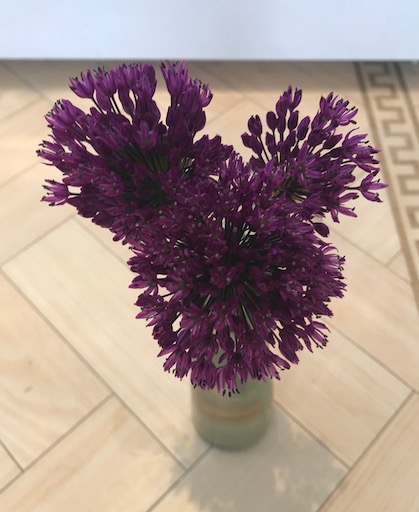 Have a lovely weekend, everyone!