Well, the allotment daffodils aren’t performing in the way I’d hoped they would – though to be fair, it’s been a cold windy week and so maybe next week they’ll be out in bloom – we live in hope … On the other hand, the tulips are coming along well, so that’s reassuring.

In the meantime, the rhubarb and lupins are coming along too, and we’ve had the last of the leeks for lunch – and very tasty they were.

Just starting planning for the coming year as well – lots to look forward to! 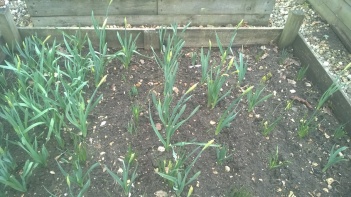 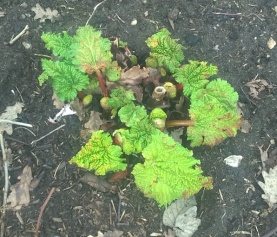