I was on my own today at the allotment as K is busy building the stage for the village play which is next week. So I went prepared as last night on Gardener’s World, the great Monty Don told us to prune our gooseberries to get rid of some of the inner twigs so this is what I’ve done. Apparently it helps prevent gooseberry sawfly but we’ll have to see. It’s certainly a task that needs thick gloves as the stems are so prickly. 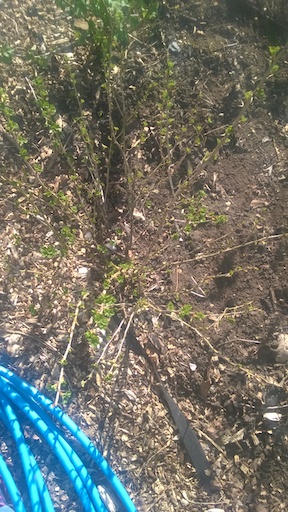 Continuing the pruning theme, our oldest rhubarb has got a lot bigger, but there are more flowers on it so I cut those off to encourage stem growth. The leaves are looking good though. 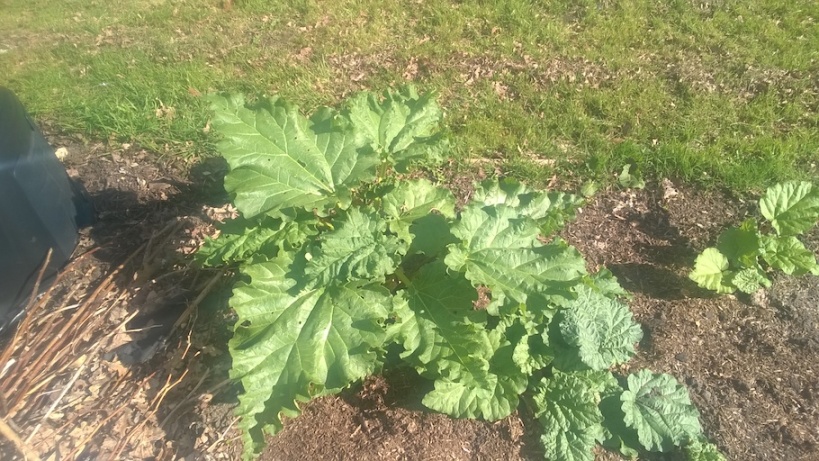 There is also some new growth in the chrysanthemum and dahlia area, so that’s exciting! 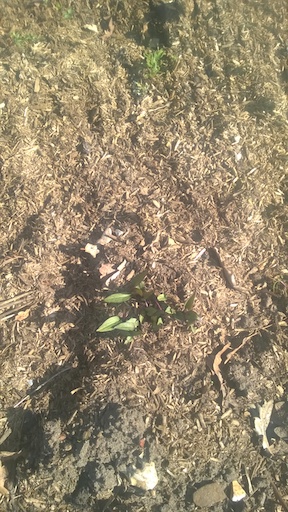 Not so many flowers to gather this week, though there are more daffodils and tulips to come. Maybe the heat has put them off or something? 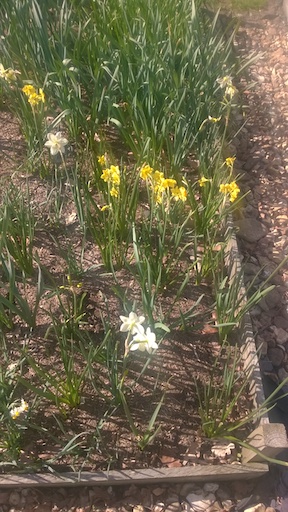 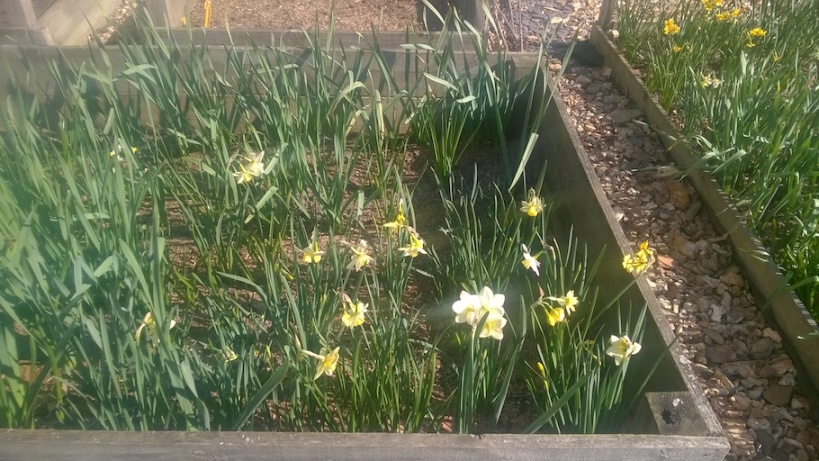 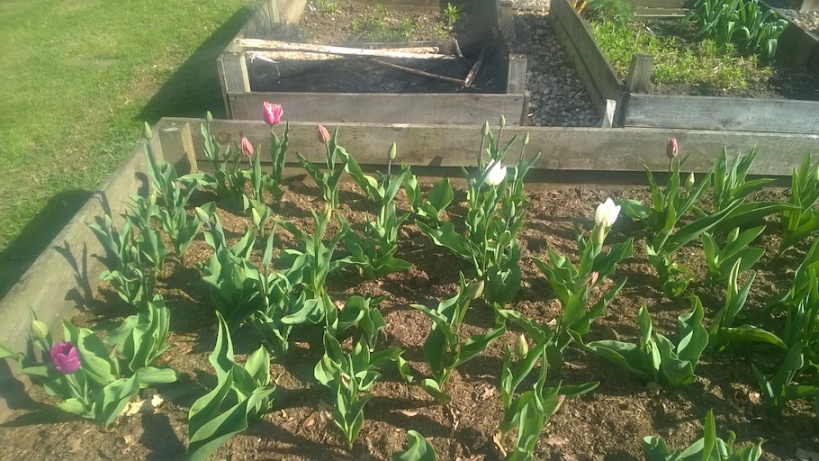 Meanwhile, the lilies are getting there, at least in terms of foliage. I’ve not sprayed them yet though but will start when they’re a bit taller: 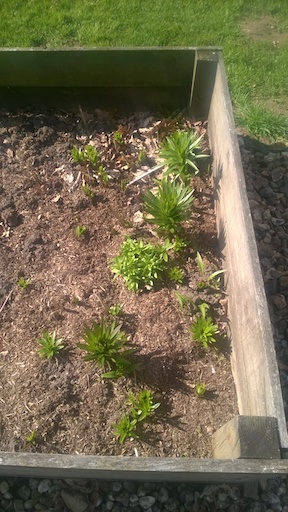 Whilst there, I did a hoe through, particularly in the soft fruit area where the weeds are sneaking up, and also trimmed our plot edges with the shears so it all looks a lot neater.

Here is this week’s harvest of narcissi and tulips: 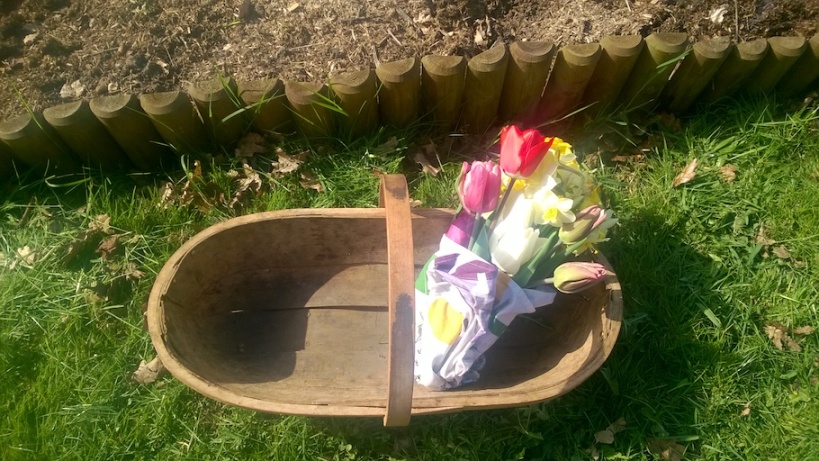 And here are the vases at home – the little narcissi have an amazing scent! Interestingly, last week’s daffodils have all gone, but the tulips from last week are still going strong which is great! 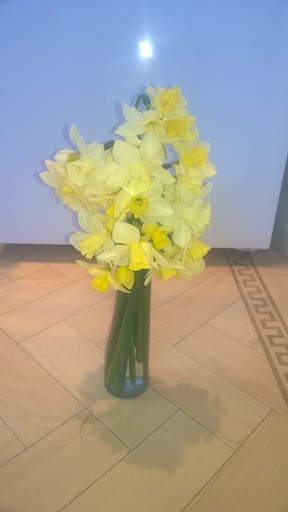 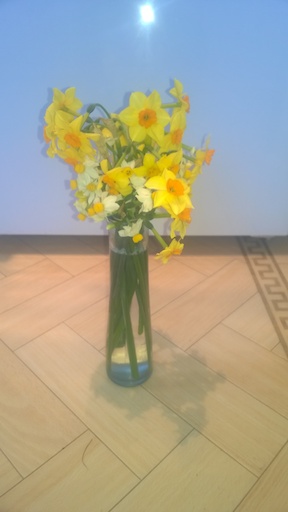 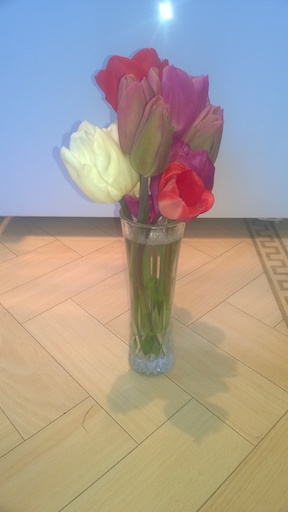 Have a lovely April weekend, everyone!