Not much may be happening with what you can see at the allotment, but there’s plenty of mole activity, as you can see! There’s a mole Christmas party going on under the earth, I can tell you! What are the little chappies up to?!?

Still, there’s good new on the early daffodils as there are now more shoots showing, so that’s hopeful for the January flower: 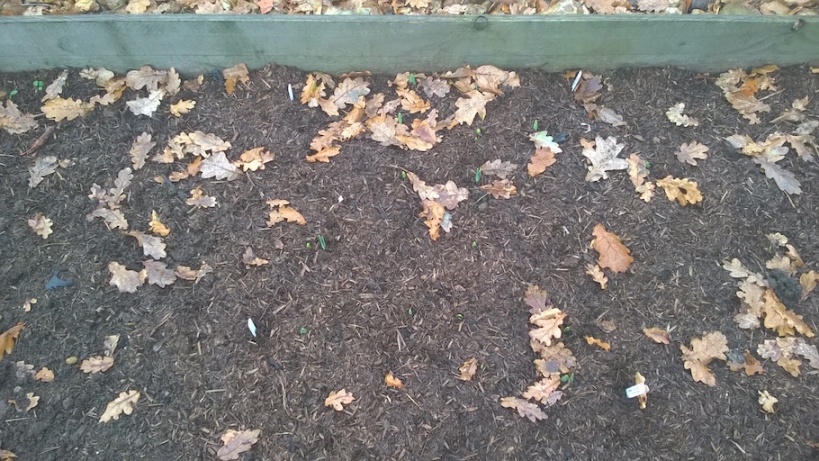 And the first of the currant bushes is already in bud too, though K remembers it was early last year as well:

Our main job this week though was taking the gladioli bulbs so we can dry them out and reuse them next year (hurrah!). They’re really easy to get out – much easier than tulips or dahlias are, though it helps that the allotment soil is just so brilliant and much better than at home. What I didn’t realise before we started to dig them up was that they produce lots of tiny ‘babies’ next to the main bulb which is just so cute. The trouble is that they all fall off very easily so next year we might have a veritable forest of really tiny gladioli, LOL!

Here they are uprooted:

And here they are in the shed, where we hope they’ll dry off. There were too many for the box we had so I just stuffed them on top!

The Brussels sprouts are still doing their thing:

And the harvest is small (sprouts and lettuce) but perfectly formed!

Have a fabulous weekend!