A quick trip to the allotment today as we’re rather pushed for time. Managed to weed the beds and cut some of the grass (by shears – well done to Husband!). I’ve taken out the marigolds which were virtually over and have planted sweet williams instead – which I hope will produce more cut flowers for the house next year.

There were also a couple of foxgloves in bloom and I took some of the verbena and a coreopsis (as least I think that’s what it is … for this week’s cut flowers. Meanwhile, the nasturtiums are going mad and look amazing, as do the begonia. And we’ve harvested one pea pod (gosh!), some winter lettuce and also the oddest looking carrot you’ll ever see. Shame it wasn’t ready for the Allotment Show earlier on as I’m sure it would have romped home! And the Brussels sprouts are growing ever more abundant, hurrah. 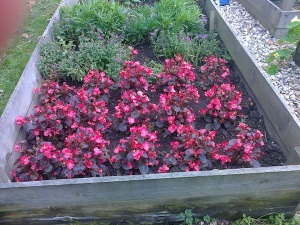 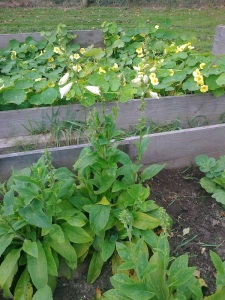 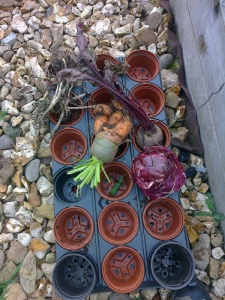 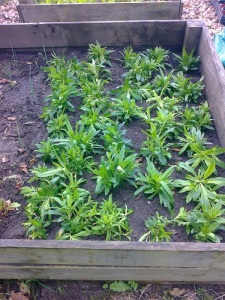